Greasemonkey is a Mozilla Firefox Extension that allows users to install User scripts that easily customize the way a webpage displays.

Mostly, User scripts are written in JavaScript with limitations and manipulate the contents of a web page using the Document Object Model interface. Greasemonkey script written by userscripts.org.

So if you are Twitter Addicted and trying to customize your boring Twitter Web interface. then Greasemonkey Scripts really help you.

With Greasemonkey Scripts, you can easily nest your replies, silence noisy twits,retweet to other services, and more.

Here is the 11 Useful Greasemonkey Scripts for Enhance Your Twitter Experience. 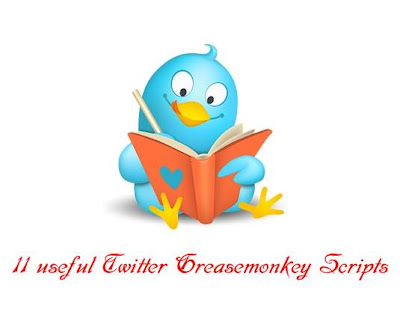 Write Comments on any Web Page with the sidewiki comments bookmarklet

The 10 Best Project Management Software for 2021